The enormous world in which we live does contain a great degree of diversity and differences. There are differences in terms of culture practiced, festivals celebrated and also a difference in languages people do speak. Not only these differences help add variety and spice to human life, but they also showcase on what great planet do we live in. The way our mind and soul wanders from one place to other, we also like to visit different places and live in different countries. As a result of which foreign languages comes into effect.

Most Useful Foreign Languages to learn in 2017

A survey conducted by an American organization shows Chinese as the language spoken by almost 20 per cent of the world population. This language also dominates the list of languages which people are preferring to learn thanks to the rise of China as one of the largest global economies. This language though complicated is being learned by students who wish to strengthen their CV’s and or secure a better paying job in the nation of 3.7 billion. You will find plenty of institutes teaching Chinese in India as well as certified translation companies in Bangalore and other metro cities which offer services ranging from document interpretation to voice over for multinational organizations.

Second in rank is the Spanish language which is spoken widely across the world and has even made its way to become the official language of organizations such as U.N. This language is popular in around 20 countries across the world and is in high demand within the Indian market. The reason for its popularity is its easy to understand syntax along with similarity to English which makes it all the more easier to learn.

Russian ranks third in this list of most spoken language in the world. It is, in fact, a language which 26 countries around the globe speak. It also has been ranked as the second most used language on the web which does show the dominance it has on world population.  Learning this language definitely is a boon given that Russia is serving as one of the potential job creators in sectors of education, hospitality, and tourism.

Thinking of a foreign language and leaving Japanese behind is something which you cannot afford. Japan is one of the developed countries around the world and the same does serve as a platform for taking your business to an international level. Japanese people usually aren’t much fluent in English and hence most companies use certified translators for carrying out business. Learning this language would help serve you grow your business better, while and the individual may end up with high paying jobs or teaching offers from institutes.

Similar to Japanese German has also been one of the most prominent foreign languages in India. It is loved by the local population as it is easier to learn than French or Spanish and it would hardly take a time of two months for you to master this language. Popular among students this language has gained momentum after Germany waived off tuition fees in its colleges and thereby making foreign education much cheaper.

Finally, the language which most of you might be familiar with or at least may have heard about. The French language has since centuries been the part of Indian subcontinent provided Pondicherry was ruled by France before British came to India. This language is still spoken by local residents of Pondicherry and it has been the official language recognized by U.N. Easy to understand grammar combined with similarity to English it is one of the most popular and romantic languages in the world.

You might be surprised on seeing this name however Korean has made its way quickly into one of the most prevalent foreign languages in India. The rise of Korean companies such as Samsung, Hyundai etc. in the Indian subcontinent has caused people to learn this language with the aim of getting better job opportunities in this multinational organizations. Such has been the popularity of this language that it has become one of course offered by largest Jawaharlal Nehru University in India.

Italian also has grown to become one of the preferred learning languages for people of the nation. This foreign language comprises of lexical similarities to Spanish and French thereby if you learn one of these you will learn the other with ease. The growth of companies such as Benetton and Pinnacle have caused people to start learning this dialect which will help them a secure job in this competitive environment.

Though not greatly popular in India, Portuguese does have a lot of speakers present across the world. The language is spoken by more than 250 million people in the world and this number is certainly much higher than the people speaking German and French. The language offers a lot of career prospects for the speakers as multinational organizations such as Accenture and IBM do look for people who will help them connect with the international audiences. And guess what, learning Portuguese you also will be able to learn Spanish with ease.

Increasing relationships with of India with Arabic countries such as UAE and Dubai has caused the local residents of the nation to learn Arabic and then pursue job opportunities here. Spoken in almost 25 countries across the globe the language is easy to learn thanks to its similarity with Hindi the national language of India. Learn this language and who knows you might end up with a high paying job alongside beaches abroad.

So, these were the top 10 foreign languages spoken and popular in the Indian subcontinent. These languages not only are easier to learn but also do offer great job prospects for the local residents and hence offering heavy returns. 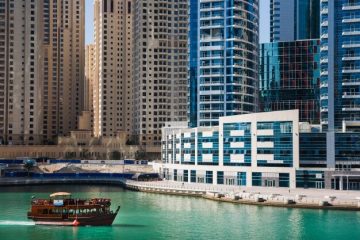 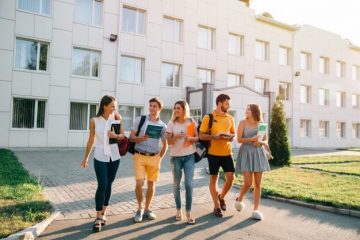 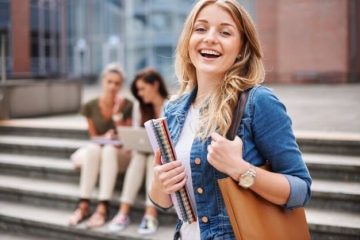 The craze to learn foreign languages in India has grown to a wide extent. Students, as well as working professionals, are regularly enrolling in course as well as are joining institutes to learn various foreign Read more…