The craze to learn foreign languages in India has grown to a wide extent. Students, as well as working professionals, are regularly enrolling in course as well as are joining institutes to learn various foreign languages. This craze for some is a passion to gain something new while for others is a way of strengthening their CV’s and securing better-paying jobs. 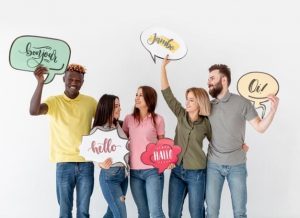 So if you are also one of the few people who are aiming to join institutes in order to learn foreign languages, here are the top 10 institutes in India which would help you fulfill your dreams.

The largest university in India Jawaharlal Nehru University offers a variety of courses for the students to enroll in. There is hardly any other university like JNU which offers such great choice of languages when it comes to learning a foreign language. Here you can learn languages such as Spanish, French, Russian, and Chinese. Not only can you learn foreign languages but you can also pursue a higher postgraduate and or doctorate in any language of your choice which would offer you a great job opportunity. The vibrant campus combined with happening life is an added benefit to this package.

The list of most popular universities in India is definitely topped by Delhi University. This university which is an absolute favorite of secondary school pass outs offers students a chance to learn foreign languages and pursue a bachelor’s or masters in the field. You can learn a variety of popular languages such as French, German, and Spanish while some not so common ones like Polish and Serbian are also taught in its colleges.

Ranking third on this list is the English and Foreign Language University headquartered in Hyderabad. This university is one of the few institutions which have been exclusively set up in order to help students learn foreign languages in the nation. The university is renowned for offering an undergraduate and post-graduate degree in various foreign languages. Some of the languages it offers include Japanese, Russian, Persian, Turkish and Korean which offers learners career options such as working as certified translators or offering voice-over services to numerous MNCs and companies.

One of the oldest universities in the nation, Banaras Hindu University a distinctive number of course in numerous foreign languages which are popular in Asia as well as Europe. This university has graduate and post graduate courses which it offers in seven languages such as Chinese, Japanese and Russian etc. There are currently 600 students enrolled in these courses which consist of full-time students as well as part time ones.

Again a popular university located in Delhi, Jamia Millia offers diploma and graduate courses in languages such as Russian, Spanish and Portuguese. Started in the year 1920, this university has around 400 students enrolled in various language courses. Passing from here one can start earning handsomely as a freelance content writer and or work with companies  offering services such certified translations and attestations.

Adding to this list of prestigious universities is the University of Calcutta, which is known for offering specialization in Russian. Most people who enroll in the college to learn a foreign language usually do so with the Russian language as their target course. However, the college also provides Diploma course in languages such Chinese, Japanese, German, Persian etc. Only Russian is the one which is taught from the start.

Indira Gandhi National Open University also does cater the foreign language learning needs of the students in India. The university offers people a graduate, postgraduate and a doctorate degree in Arabic and French aside from giving out diplomas in other popular languages such as German. One of the largest universities in India the university offers active college life aside from great teaching facilities which make learning absolute fun.

One of the other famous universities for foreign education learning is the Pune University situated in Maharashtra. This university offers diploma and advance diploma courses in various foreign languages both full time and part time. The full-time courses are held at the Institute itself while the part time courses are offered at centers spread across the nation. Some of the common languages in which the institute offers diploma are French, German, Russian etc.

Last but not the least in this list of universities is the Viswa Bharathi University which is known for offering certificate courses in foreign languages such as French, Arabic, Roman , German etc. The university takes students based on scores obtained in the entrance examination and then grooms them to become some of the best translators and interpreters in the language of expertise.

So, this was the list of universities which offer a chance for students to learn foreign languages and at the same time secure high paying jobs in either MNC’s or various government institutions. 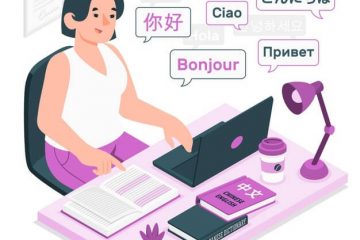 Scope of a Foreign Language in India

India, a population of around 1.23 billion has emerged as one of the greatest markets for numerous multinational companies.  Thanks to its vast strength there are huge investments being made in the nation and there Read more…